PCS 3117 is an oral, anticancer agent being developed to treat metastatic pancreatic, biliary and other cancers. PCS3117 is an analog of the endogenous nucleoside, Cytidine, and an analog of the cancer drug gemcitabine. Once intracellularly activated (phosphorylated) by the enzyme UCK2, it is incorporated into the DNA or RNA of cells and inhibits both DNA and RNA synthesis, which induces apoptotic cell death of tumor cells. PCS3117 has received orphan drug designation from the Food and Drug Administration (FDA) and the European Commission for the treatment of patients with pancreatic cancer.

A New Opportunity for Gemcitabine-resistant Patients

Gemcitabine is presently used as first line therapy for metastatic pancreatic cancer and non-small cell lung cancer, as well as used as second line therapy for other types of cancer. The difference between PCS3117 and gemcitabine is how they are activated to cancer killing nucleotides. PCS3117 also has additional pharmacological pathways which will result in cancer cell apoptosis. Since 45% - 85% of pancreatic cancer and non-small cell lung cancer patients are inherently resistant or acquire resistance to gemcitabine, the differences between PCS3117 and gemcitabine could potentially provide a therapeutic alternative to patients who do not respond to or will not respond to gemcitabine.

Resistance to gemcitabine or PCS3117 is likely caused by: 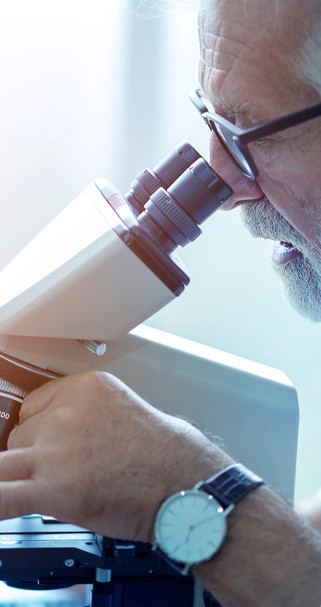 PCS3117 has shown broad spectrum anti-tumor activity against over 100 different human cancer cell lines and efficacy in 17 different mouse xenograft models. In preclinical trials, PCS3117 retained its anti-tumor activity in human cancer cell lines made resistant to the anti-tumor effects of gemcitabine. In August 2012, the completion of an exploratory Phase 1 clinical trial of PCS3117 in cancer patients to investigate the oral bioavailability, safety and tolerability of the compound was reported. In that study, oral administration of a 50 mg dose of PCS3117 indicated an oral bioavailability of 56% and a plasma half-life (T1/2) of 14 hours. In addition, PCS3117 appeared to be well-tolerated in all subjects throughout the dose range tested.

Final results from a Phase 1B clinical trial of PCS3117 were presented in June 2016 showing evidence of single agent activity. Patients in the study had generally received four or more cancer therapies prior to enrollment. In this study, 12 patients experienced stable disease persisting for up to 276 days and three patients showed evidence of tumor burden reduction. A maximum tolerated dose of 700 mg was identified in the study. At the doses tested, PCS3117 appeared to be well-tolerated with a predictable pharmacokinetic profile following oral administration.

In March 2016, a multi-center Phase 2A clinical trial of PCS3117 in patients with relapsed or refractory pancreatic cancer was initiated to further evaluate safety and efficacy. The study was designed as a two-stage study with 10 patients in stage 1 and an additional 40 patients in stage 2. According to pre-set criteria, if greater than 20% of the patients had an increase in progression free survival of more than four months, or an objective clinical response rate and reduction in tumor size, additional pancreatic cancer patients would be enrolled into stage 2. Secondary endpoints included time to disease progression, overall response rate and duration of response, as well as pharmacokinetic assessments and safety parameters. In January 2018, the final data from this trial showed evidence of tumor shrinkage was observed in some patients with metastatic pancreatic cancer that was resistant to gemcitabine and who had failed on multiple prior treatments was presented. In this study, 31% of patients experienced progression free survival for two months or more and five patients, or 12%, had disease stabilization for greater than four months. Although the pre-set criteria of 20% of the patients having an increase in progression free survival for four months was not met, some of the gemcitabine refractory patients did respond to PCS3117. However, an evaluation of why patients were resistant to PCS3117 was not undertaken within the study.

In November 2017, a Phase 2A trial of PCS3117 in combination with ABRAXANE in patients newly diagnosed with metastatic pancreatic cancer was initiated. The multicenter, single-arm, open-label study is designed to evaluate PCS3117 in combination with ABRAXANE in first line metastatic pancreatic cancer patients. In February 2019, the target enrollment of 40 evaluable patients in this trial was reached. As of July 24, 2019, an overall response rate of 23% had been observed in 40 patients that had at least one scan on treatment.

Preliminary and unaudited data indicated that the median progression free survival for patients in the study was approximately 5.4 months. The most commonly reported related adverse events were nausea, diarrhea, fatigue, alopecia, decreased appetite, rash, vomiting and anemia. Again, evaluation of the cause of treatment resistance to PCS3117 was not undertaken. 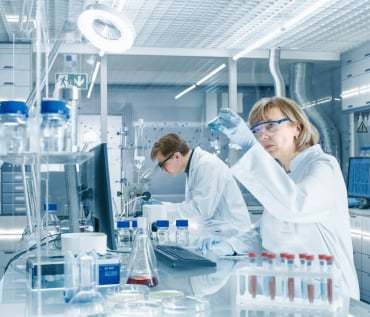 We are planning to meet with the FDA to further define and agree on the pathway for PCS3117 for the treatment of metastatic pancreatic cancer and other potential cancers.

Stay up to date on our latest publications and findings.